Nude or Lewd Cosplay in Cam and Clips 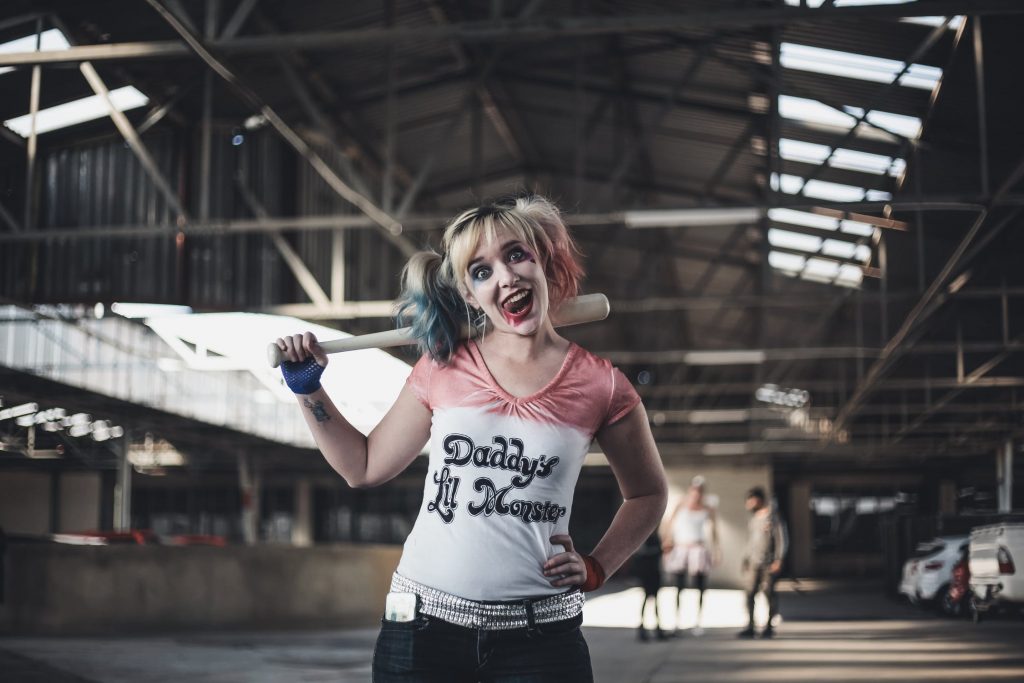 Cosplay is the act of dressing up (and sometimes acting like) characters in movies, tv shows, video games, or other media. Cosplaying in webcam shows and in adult videos can be a great way to connect with new viewers, establish a broader range of marketing opportunities, and find customers interested in the same things that you are interested in. Cosplayers in the adult industry are known to gain a substantial following due to the nature of fans enjoying seeing characters they are used to seeing in a non-adult setting be portrayed in adult films and webcam shows. Early cosplaying was usually done based on manga or anime, but since being adopted by many groups of people as a fun method of self expression and showing appreciation for characters, cosplay has expanded to include global media as well.

Why is Cosplay a good money making opportunity for adult?

Porn viewers are often frequent consumers of other media. Whether it be television, gaming, movies, anime, books, etc. people who have time for pornography as entertainment generally also make time for other less taboo forms of entertainment as well. Usually in this case, viewers will form a connection with the characters in the media that they enjoy consuming. This is pretty standard for media consumption, everyone has a favorite character in their favorite show or a person in a book who was killed off too early and devastates them. Let’s face it, fiction is pretty awesome and provides the chance to live in worlds that would otherwise be unachievable. Cosplaying as a character allows performers the opportunity to expand their content production by “entering new worlds,” playing with fun ideas like magic, and to embrace the personality of a character to add more layers to their own brand and persona. When a potential customer finds a cosplay from a performer that is acting out a character they’ve connected with and enjoyed in mainstream media it can act as a great opportunity to hook them and make a sale on content or live shows.

What types of Cosplay are the best?

There are two ways to look at cosplay – doing it because you as the performer have connected with a character and want to portray them OR doing it to make money. Depending on your reasoning there will be variables to what cosplays will work best for you. Obviously if you cosplay a character you’ve never watched, you may not portray them as accurately as one you are familiar with. To get started with cosplay, you will likely see more success based on the characters popularity in mainstream media because you will get more keyword rich search opportunities to promote that character. Cosplaying characters from popular anime staples will likely get you a lot of views compared to a character from a niche anime or book. Characters from Naruto, Dragon Ball Z, and Mortal Kombat are a lot more likely to be known to a potential viewer than a niche anime like Angels of Death. Many cosplayers take the time to build up a cosplay fan base so that they are able to profit from cosplaying characters they enjoy as well as from cosplaying more mainstream characters, with some even saying that when they cosplay a character that their fans are unfamiliar with it actually entices them to watch the media that the character is from.

Does my Cosplay have to be accurate?

If you are creating adult cosplays, the sky is the limit with the creativity you can include in your content. Considering that it will already be making a character who is likely not pornographic involved in pornographic material, things like changing outfits to suit the style of video you are making or gender-bending a character are really no big deal. A common theme in adult cosplays is keeping to the characters original color scheme when integrating different outfits or lingerie as well as using wigs and colored contacts to make the character more identifiable. If you stray too far from the plot and original character design, it can dissuade potential customers from purchasing your content, so when you make creative changes think very carefully about if it relates to the character!

How expensive is Cosplay?

If you are crafty and if your character design is pretty basic, you can save yourself a lot of money by making your own costume or by sticking with original character colors and getting something different that is cheaper. Depending on how complex the character design is you may be able to make your own costume and save some money. Typical premade non-complex costumes range in price from $50-$200 and the shipping can take a long time because most of them come from different countries. The one time fee of the costume, whether you make it or buy one, will cover the cost of however many times you end up using the costume. Make sure when you buy a costume you have many ideas in mind for it so you can fully utilize the costume and get your moneys worth for the purchase.

Does my Cosplay need to be “canon?”

In order for a cosplay to be considered canon, the cosplayer will embody the characters personality, traits, actions, and costume perfectly. Cosplayers who change one or more of these things are considered “variant” cosplayers. There is no rule that states a canon cosplay will sell better than a variant cosplay, and vice versa. The biggest piece of advice when you are doing canon or variant cosplay is to make sure you are specific within your descriptions or marketing about if you will be true to character or adding your own spin on it. If someone is looking for the canon character and finds that you dressed as the character but haven’t embodied their traits and characteristics, they may be disappointed and leave negative reviews. Cosplayers will often note in their descriptions that characteristics they have kept in the cosplay and what they have left out, professional cosplayers even make “tiers” or “levels” of cosplay to denote the type of cosplay they are doing.

How are Cosplay and Roleplay related?

If you are participating in canon cosplay then you will be roleplaying a character, familiarizing yourself with roleplay and becoming comfortable with acting out characters and scenarios will make your cosplays top notch. Cosplay is roleplay, in a costume. There is a large market of people who love cosplay and roleplay, getting comfortable with both will be a great investment of time and energy to improve your income and brand.

What are the best adult sites for selling Cosplay clips, photos or cam shows?

Finding a site that has a good base audience of cosplay fans will help to make your experience easier, more fun, and profitable. 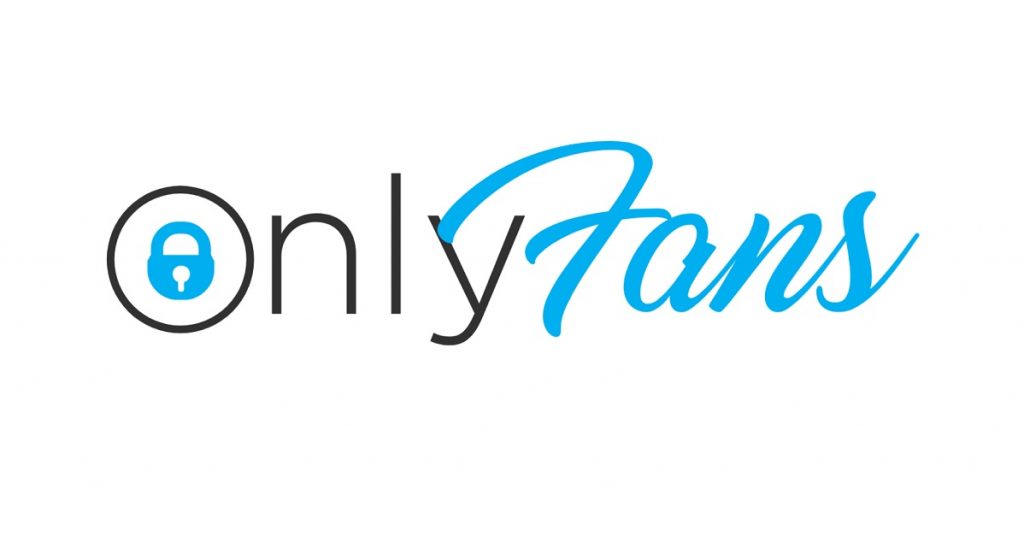 OnlyFans is an adult fan club platform that allows you to sell monthly subscription access to videos, photos, and audio posts on your paid timeline. You can also start a free OnlyFans account where you can charge viewers to open videos on your feed. Pay-to-view messaging is a great option on OnlyFans for selling clips as well. If you generate an audience interested in a specific cosplay or crowdfund a cosplay through your OnlyFans account, it can be a great way to make your cosplay profitable.

Chaturbate is a good place to offer live webcam shows including cosplays because they have a substantial base of cosplay fans, a large traffic base, and a hashtagging system that will allow you to promote your cosplay to people that are looking for it. Additionally, Chaturbate occasionally does costume contests that could allow you an opportunity to earn some extra income from your cosplay!

Learn More: Getting Started As A Chaturbate Broadcaster 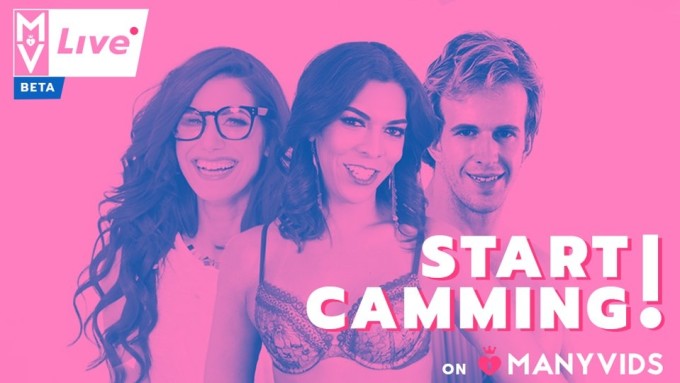 Cosplay Shows On ManyVids Live or Cosplay Clips on ManyVids

ManyVids has a very large base of customers interested in adult cosplays from their video sections, and since adding MV Live as an option on their site they have seen an increase in live webcam viewers crossing over from their video traffic. If you already utilize ManyVids for selling your videos, using their live feature to cam in cosplay can be a good money making opportunity.

APClips (Formerly AmateurPorn) is an adult clip site that supports content sales and pays out at a higher percentage than most popular clip sites do. Although they do not have the traffic that some of the more popular sites have, they do pay out better and can serve as a good option for funneling customers to in order to get higher payouts.

Editors Choice: Our Best Blogs of 2020 Protect Your Brand with Beta Launch of BranditScan
Back to top