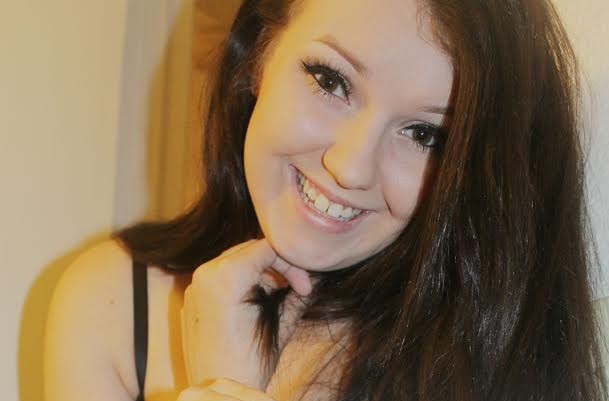 Five Trends In The Adult Industry That Really Shouldn’t Be

I’m not here to hurt your feelings or put you down, but we need to stop giving the adult industry a bad name. We all do these things, I’ve even done them! Sometimes profit outweighs morals, and we all fall victim to it, but in order to really make the adult community a respectable one (as respectable as we can be for people who fuck themselves, right? Just kidding, we’re all equals regardless of our career choice, anyway!) we need to stop doing things that make us look bad. Here are five things that you, as a cam model/clip maker, can do to stop making the adult industry look bad!

Stop Answering The Door For The Pizza Man Naked!

Stop answering the door for pizza naked or in lingerie: hey, we get it, it’s kinky and taboo, it’s every mans fantasy to BE that pizza man, but I can almost guarantee to you that the worker does not want to participate in your taboo. Not only that, but you did NOT ask for their consent beforehand, or have them sign a model release.

On the extreme side of this, they can take legal action against you (especially since a lot of delivery drivers are in their teens, some may be underage!) and on the lower end of the spectrum, you just gave your driver a really weird story to tell at work, and they might not want to deliver your pizza ever again. They’re there to work, and while occasionally you may get lucky with someone who isn’t super offended by what you’re doing, odds are you’re not going to find someone who plays into it.

The solution: roleplay. Act. Have your friend, your partner, another person in the adult industry, or someone who consents and signs a model release to head over to Goodwill or head to Amazon and grab some “pizza delivery guy” gear, grab an old pizza box, and make that “delivery boy” fantasy a reality. This keeps you on the safe side with a release and not subjecting minors to porn, and it’ll make the adult industry seem much less like “let me throw my genitals in your face” and more like “I respect that people are working and won’t unknowingly bring them into my fantasy.”

Stop doing REAL public, public shows! In real public where the situation is uncontrolled and minors and unwilling participants can be strutting around in the background, you may be recording people who don’t want to be involved. Some “popular” clip creators have even released videos touching themselves in front of childrens playgrounds, which at the end of the day paints us as “bad people.”

The solution: rent a “public” place. Or use your own place! Your own backyard can pass as “public outdoor” with the right set up. Renting a place or using somewhere that a friend works at and knows will be empty because it’s closed can be a great workaround to possibly subjecting minors and unwilling participants to “porn shenanigans.” Want to make it seem even more public? Have your friends sign a release and walk by or be in the background as “bystanders.” You can even blur their faces out to make them seem more realistic, and so if you repeat a “public” video you can re-use the same friends.

Stop Slut-Shaming Other Girls In the Industry

The solution: be united! Accept your status as a sex worker, because people who witness sex workers themselves put down and antagonize sex workers will have no issue hopping on board and also patronizing them. We are a community of workers, and we should uplift one another in our kinky endeavors!

4. Stop being possessive: we all have that one customer; they tip us a lot, make us feel special and they make us feel on top of the world…..WAIT WHAT? HE’S TIPPING ANOTHER GIRL? We need to relax about our “regulars” tipping other girls. Unless of course they feed you the “I can’t afford to tip” right now speech, but then continues tipping other people. Then a line can be drawn. You are not entitled to your customers money, no matter how many times they come to see you and support you. While they may become a friend, that still does not entitle you to them or their time.

The solution: don’t view your regulars as objects. Instead, view them like you would view someone coming into your “store”. They get their food, you talk (maybe it’s small talk, maybe you hit it off and talk for a while!) and then when they’ve finished, they leave. Would McDonalds be mad and throw Twitter tantrums over someone who eats there everyday taking a day off and switching to Burger King? No, because that would devalue the quality of their other daily customers, and they’d realize that while that customer is important, it is their choice where they choose to get a nice tasty burger.

Stop attacking sites you work on: every site is going to have issues, but at the end of the day it is your choice to work on that site despite their problems. A multitude of cam girls coming together and offering no input on what should be changed but just complaining about what’s happening isn’t doing anything positive, and it is making the adult industry look really bad. Cam sites are doing WHAT to cam girls? Oh goodness, all these girls are STILL working on these sites when they let THIS HORRIBLE THING go on? They’re all TRASHY! (Let’s avoid that mindset!)

The solution: provide feedback through forms of communication where the feedback will actually reach a person with the ability to do something. Use the feedback and contact us options on the websites, speak with support in the specific area you’re looking for help in, and provide accurate detailed accounts of where the issues happened and how you think it should be addressed. Once you do that, if the problem persists you may feel it’s time to bring it to the attention of your fans, at that point always do so in a “helpful” manner instead of a slandering one.