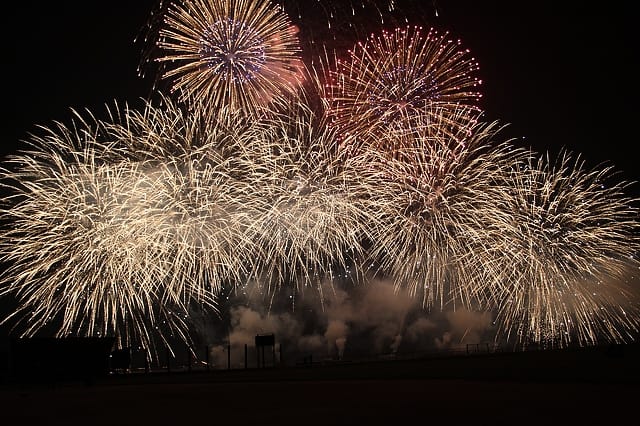 Camming on Independence Day is generally hit or miss because a lot of people do spend the day with their family, shooting off fireworks and barbecuing. Offering scheduled private shows can be a great way to accommodate the people who will likely have plans throughout the day. Many sites also host holiday themed contests (listed below) centered around July 4th. Whether they are earnings based or based off of another factor, it never hurts to get online and give it a go!

2019 4th of July Contests and Promotions

Clips4Sale Big Bang 75% Bonus – Clips4Sale has announced their Big Bang Bonus, which is going through the month of July, 2019, and bumps the model/studio percentage up to 75%.

NiteFlirt Fireworks Goody Bag Contest – NiteFlirt has announced a 4th of July themed contest. The three Flirts who sell the most fireworks bags between July 1st and the 15th will get a NiteFlirt t-shirt and cash bonus credited to their accounts!

FanCentro 4th of July Banner Generator Contest – FanCentro has released new Independence Day themes for the banner generator, and they’re hosting a contest! 10 Winners will receive swag and other goodies!

iWantClips Independence Day Clip Contest – iWantClips is hosting a clip contest that runs from July 1st to July 9th. To compete, upload a brand new Independence Day themed clip. The artists with the most revenue from their uploaded clips win!

Flirt4Free Big Bang Contest / Celebration – Camming site Flirt4Free has announced their Big Bang Celebration. This is a 4th of July / Independence Day themed contest and promotion. The Fireworks Contest is one of their most popular season promos and Flirt4Free models can expect a site full of enthusiastic customers.

CAM4 4th of July / Canada Day Contest – CAM4 is celebrating the 4th of July and Canada Day with some exciting live cam shows, and they’re extending the invite to you! From July 1st to July 6th, CAM4 will be hosting themed shows to show our love and support to both Canadian and American performers. There’s also a contest with prizes for three winners.

ManyVids Announces 80% Video Payouts While Streaming Camgirls: How To Deal With Creepy Members / Customers
Back to top