InkedCamGirl launched with the intention of becoming a home for alternative models to shine, but unfortunately the original site has gone offline and the domain is now directed to a Chaturbate whitelabel website with the original “InkedCamGirl” logo.

Oddly enough, the Twitter account for InkedCamGirl has a link to sign up to become an InkedCamGirl model still, but it leads to the Flirt4Free model sign up with an affiliate link. You will not actually become an “InkedCamGirl” but a Flirt4Free performer. Although you will be displayed on the secondary site that InkedCamGirl scooped up, which has a .me instead of their original .com, and leads to yet another whitelabel for Flirt4Free.

The concept was awesome but apparently failed to take hold within the industry, hopefully we can see InkedCamGirl return one day – or some alternative for inked and tatted performers, but in the meantime we will have to cross our fingers that switching to a whitelabel was a traffic tactic to build up the domain while they gather performers and traffic.

Here are some other adult webcam sites that are currently looking for models: 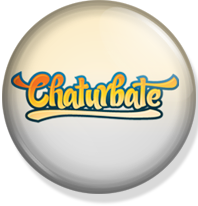 haturbate: Chaturbate is a great network to perform on. Chaturbate accepts female, couples, groups, males and transgender. It’s a very easy platform to use, is very newbie friendly and even has an app-store where you can add cool features to your chatroom. Use apps to play games, host contests, manage your tip goals and more! 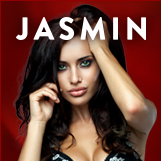 : Jasmin is a well established camming network with a large international audience. Some of the top performing models are Jasmin models. In addition to live camming, Jasmin models can upload premium content for sell. This content appears on your chatroom page and you can make money even when you’re offline.

More Camming Sites: Want to see everything that’s out there to choose from? Then check out our list of camming sites hiring models. It’ll tell you what each cam site pays and what kind of traffic they get. You can view details about each site and learn more about becoming a model.