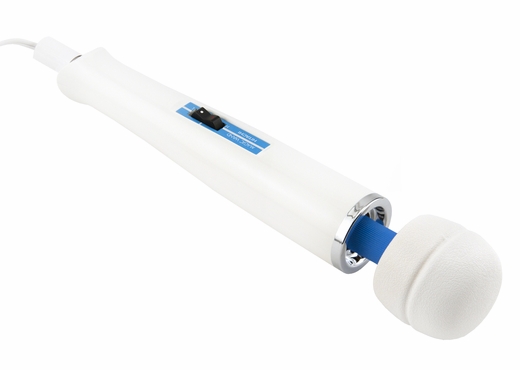 Save Money By Not Buying Name-Brand Sex Toys!

Being a newbie cam girl has its perks, but one of the biggest down sides is the first investment. Many people come into it with the mindset that you just log in, turn on your webcam and go. While that works for some shows, if you want to maximize your income you will need to invest in sex toys.

When I bought this toy it was only $9.99, and it goes on sale frequently. Add it to a wishlist and check it on it, it fluctuates very often! It has more vibrational settings than the Hitachi, and it also comes in cute designs. I’ve used this and I’ve used a Hitachi, I prefer this. For a cam girl, while having orgasms is great and is the goal you also don’t want to overstimulate your genitals. When I used the hitachi for more than 10 minutes past orgasm I found it would irritate my clitoris. The knock off has less intense options, but still has different speeds so it will cater to more people, and after your twentieth orgasm and your vagina is super sensitive you can turn it down.

Okay they’re all wildly expensive, but I can’t tell you how much money I’ve made off of having a sex machine. I own the one on the bottom (the cheapest one) and it gets the job done, it isn’t as high tech as the other ones and it is a little louder but it is also easier to transport and comes with suctions cups to hold in place. When you put “fuck machine” in your topic, guys don’t care whether or not it’s the $700 one or the $176 one. What they’re after is that pussy pounding robo arm putting a dildo in you.

Once again wildly expensive, but these things will rock your world. Either way, it’s a mind blowing orgasm. But you can read the reviews that say that you “pay more for the Sybian name.”

I used the size medium in the David the Werewolf because that is the comparable size of usable length, but they all look almost exactly the same! This is another situation in which you pay more for the brand name. Bad Dragon definitely has cornered the market of strange animal sex toys, now since it is becoming a more popular item many sellers are starting to accommodate that need! They’re made from the same material, and the only difference is you can do color requests for the Bad Dragon. Not sure if that’s worth the extra $90.

Once again I did them by comparable sizes, so I chose the large price for the Bad Dragon product. Again, almost an identical product with a massive price difference for the sake of branding.

Not Sure About What To Buy? Shop Around!

If you’re not sure about buying a sex toy just search the brand name in Amazon. It’ll usually display some super cheap options! Don’t be scared to shop around, but always read the reviews. Keep in mind an item with 300+ reviews that average 4.5 stars might be better than an item with two reviews that averages 5 stars. Always make sure to read the materials the items are made with (to avoid getting cheap crap that’ll irritate your genitals!) and if you’re hesitant, throw the item on to a wishlist and see if the price fluctuates! On Amazon, most items (especially sex toys) fluctuate regularly.