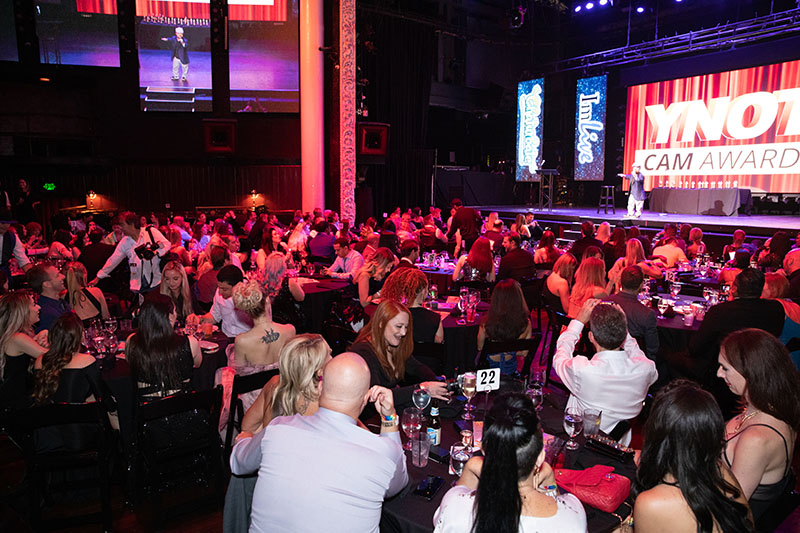 YNOT Events has officially started the nomination process for the 2021 YNOT Cam Awards, which returns live and in-person to Hollywood on October 14th.  Platinum sponsors for this year’s show are sold out and include Chaturbate, iWantClips, LiveJasmin and BranditScan.

Cam fans and industry professionals can suggest their favorite cam models and creators for up to three award categories, but all suggestions must be received by YNOT and accepted by the suggested model no later than 11:59pm PDT on Friday, August 27th.  To suggest a model for a nomination, visit awards.ynotcam.com/suggest. The nominee suggestion process is explained in detail on the YNOT Cam Awards website.

While the suggestion period ends on August 27th, the voting period will begin a few days later, on September 1st. That’s also when YNOT will officially reveal the five finalists for each award category.  Voting, which is open to cam fans, performers and industry executives, will run through the end of September and voters with a YNOT ID account can vote as often as once-per-day.  Winners will be announced live on stage in Hollywood, and the show will also be live-streamed to tens of thousands of fans around the world thanks to Broadcast sponsors ImLive and Stripchat.

Joining the aforementioned Platinum sponsors this year are Gold sponsors Cams.com and Nafty. The official After Party is sponsored exclusively by LiveJasmin and will take place at Bardot, which is attached to Avalon Hollywood.

This YNOT Cam Awards will be preceded by the return of YNOT’s cam model summit YNOT Cammunity, which returns to the W Hollywood Hotel from October 11th – 14th.  Models and performers interested in attending YNOT Cammunity can register at ynotcammunity.com; the event is also open to affiliates, webmasters and business executives who work in the adult interactive space.